Does cake make a workplace happy? 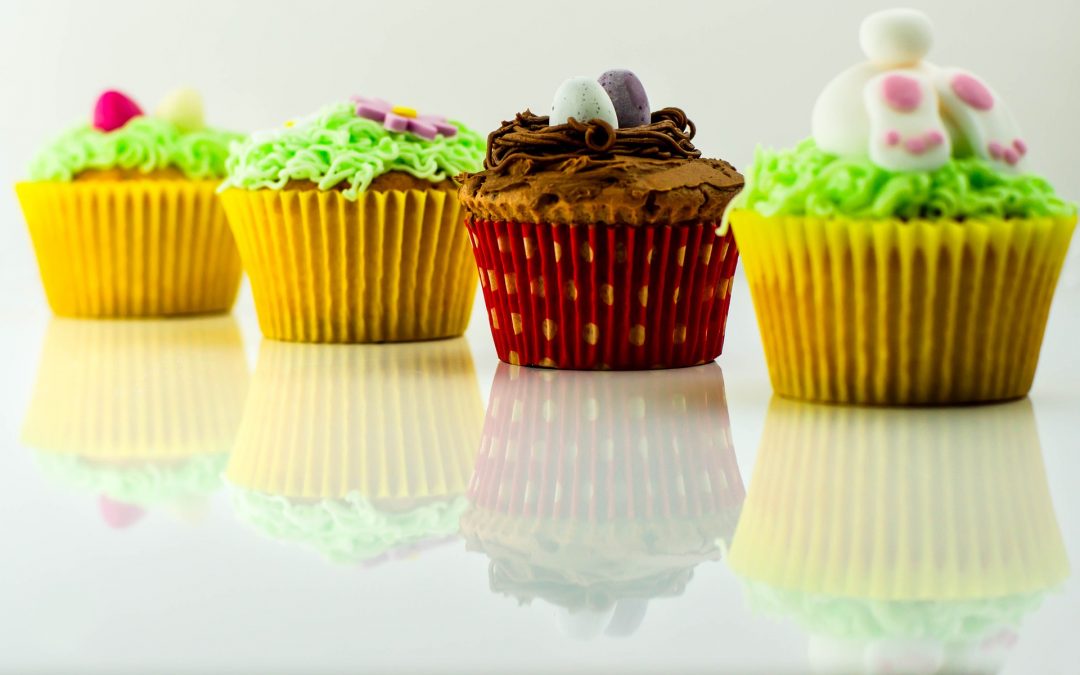 It’s Monday morning, you’re sitting at your desk and an email from Fred arrives saying it’s his birthday, he’s brought in cakes, they’re on the table by the photocopier, enjoy! Next day, Jane brings some baklava back from Istanbul – help yourselves from the usual place. The next morning there are pastries left over from your meeting so you let colleagues know they’re up for grabs in meeting room 1. On Friday it’s the regular last Friday of the month Doughnut Day so everyone knows they can help themselves to a doughnut.

Workplace cake culture is a controversial and emotive topic with opinions revolving around its contribution to obesity-related ill health, freedom of choice/nanny state-ism, and its ability to boost morale. The new research cuts through the confusion and helps clarify what’s going on. And yes, office cake may have a role to play in workplace morale.

But don’t rush out to buy celebratory cupcakes just yet… because we need to make sure office cake culture develops in a way that really does boost morale. Unfortunately there is potential for it to do the opposite.

We can’t ignore the fact that cakes, pastries or chocolates mean extra sugar and calorie intake and, in a climate where 68% of the UK population is overweight or obese 2 this is not helpful to anyone’s health. One Tesco blueberry muffin (307 calories according to Tesco online grocery) twice a week for 48 weeks a year, is potentially an extra 29,000 calories, and sugary calories at that, which we know is linked to obesity and ill-health 3.

We spend between a third and two third of our waking hours at work so if our workplace environment is healthy it can play an important role in keeping us healthy. But if our workplace makes it hard to eat healthily, we’re more likely to become unwell. The new research shows that office cake culture changes employee eating habits, and therefore potentially undermines investment in health and wellbeing initiatives such as healthy options in the canteen and free exercise classes.

81% said office cake brings people together and 83% said it cheers everyone up. In fact research has found that workgroups who eat together tend to have higher co-operation, performance and trust 4,5,6 and eating together is associated with enhanced connection between eating companions 7,8. Certainly, the value of building relationships and cross fertilising ideas through socialising between colleagues is well-established and we all recognise the pleasure and sense of connection we get from eating with friends and family.

As Meik Wiking, CEO of the Happiness Research Institute in Copenhagen, points out, “[Food] feeds our friendships, bolsters our bonds and nourishes our sense of community – and those factors are vital to our happiness. Whether you look at the English word ‘companion’, the Spanish word ‘compañero’ or the French ‘copain’, they all originate from the Latin ‘com’ and ‘panis’ meaning ‘with whom one shares bread’.” 9

But, here’s a question. If cakes are displayed for long periods for people to help themselves to during the day (as is the case in most workplaces) does that provide sociable morale-boosting effects and companionship? Or does it just promote mindless grazing as people wander past? 62% were distracted by cake to some extent and 68% found it hard to resist even if they were not hungry or had just eaten a meal.

Some would say people should have better self-control but there’s robust evidence showing why this is not straightforward, but that’s for another blog. For the time being, it helps to understand that when we see something sweet and tasty (or see a picture or even think about it), our brain’s pleasure and reward systems kick in, urging us to seek out that reward. It’s a natural physical response that gets our mouth watering and our stomach juices flowing10,11. And if we want to rely on willpower, some (not all) researchers maintain12 that is in limited supply so don’t beat yourself up if cakes are still there at tea time and you succumb to a muffin.

So how can we harness the beneficial glow of companionship while minimising the potential health risks? This question is answered by one of the most powerful findings from the new research. When asked what was the ideal frequency for office cake, 95% of respondents said once a week or less. I’ll say that again: once a week or less. Getting on for half (41%) said once a month would be ideal – much less frequent than what most people experience currently.

This presents a fantastic opportunity to make cake special again; a treat to look forward to. If 95% of the research respondents thought once a week or less was ideal, there’s a good chance that you and your colleagues feel similarly, whether you think cake is the work of the devil or a delicious way to break up the working day.

All that’s needed is a conversation among colleagues so you can work together create a cake plan that suits you (and your health) most of the time.

Importantly, there is no need for cake to be banned. The research does not suggest this is needed, as long as employees get a chance to discuss and understand what is going on. But what will help is if management instigates, encourages and supports the conversation. Research has found that when employees perceive that their management values employee health, employees tend to be healthier with lower BMI13,14. This encourages a virtuous circle of more healthy behaviours becoming the norm which in turn leads to healthier employees.

This way, office cake becomes a real occasion … not just an every day, run of the mill occurrence that potentially harms health. Making cake an occasion gets people together to reap the benefits of eating together. Most importantly, it helps keep the workplace healthier by making the healthy choice the easy choice.

So whether you’re an employee or employer, start a conversation. What have you got to lose? (Other than the weight, obviously!)